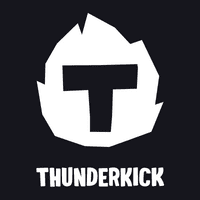 Thunderkick, one of Europe’s most popular online i-gaming software providers, was founded by Swedish iGaming experts in 2012. The company is considered one of the market’s smaller independent slot game developers, bringing more than just another casino game for players to enjoy. The majority of their slot games are designed with modern features and are available for desktop and mobile play.

Flame Busters and Pink Elephants slots are two of Thunderkick’s most well-known titles. You can try them both out for free or for real money at online casinos in the UK and Europe.

One of the best ways to get a nice collection of Thunderkick casino slot titles is by joining their partner casinos like Betsafe or CasinoEuro. There you can find many of the most popular real money Thunderkick slots, including the latest titles ( Lost City of the Djinn, Lava Lava, Odin’s Gamble) and classic games to enjoy.

You can also try some of the top 10 European online casinos listed below.

Tip: If you want to make the best decision on which casino site to place your first real money wager at, you may want to consider taking advantage of their welcome bonuses and other promotions so you can enjoy some longer gaming sessions of the best, classic or newest Thunderkick slots right from the start!

Best Thunderkick Slots to Try Out

Here are some of the latest Thunderkick slots released in 2022:

Thunderkick understands modern online casino players. Consequently, their games are designed to be user-friendly and easy to play whether you’re using your desktop or mobile device. We’ve picked the top 3 slots by this company — these are the ones you’re most likely to see when you play at any of the casinos we’ve recommended above. Check out Flame Busters, Pink Elephant, and Beat the Beast below!

Thunderkick’s Flame Busters is instantly identifiable, with its 8-bit graphics and retro look and feel. Designed to mimic old-school video games, Flame Busters is a firefighting-themed slot. Despite its yesteryear look, the game services up a 243 ways to win structure over its five reels, with bets costing as little as 0.10 up to 100.00 a pop on this highly volatile release. Over 5,250x a bet can be won in the game, which has an RTP rate of 96.1%. Once activated, between ten and twenty are added to your tally. There, you can work your way up the floors of a burning building (by landing scatters), pocketing additional free spins as you go. Every floor you unlock will also transform the next lowest-paying symbol into a fire icon. As in the base game, fire symbols are effectively mystery symbols that can help you land decent wins.

Despite its retro look, Flame Busters is a fun, modern and exciting video slot with plenty to offer. We’d certainly got no reason to pour cold water on this red-hot release, which is amongst Thunderkick’s finest.

Pink Elephants is the first of a pair of slots bearing this name. The Thunderkick slot doesn’t have much in common with the 1913 autobiographical novel “John Barleycorn” by Jack London, where the main character sees blue mice and “pink elephants” is used for the first time. Instead, it is more a wild, zany, African animal-themed slot game. Played over six reels and a 4,096 ways to win structure, Pink Elephants costs 0.10 up to 100.00 a spin, has an RTP rate of 96.1% and can bestow non-progressive prizes worth up to 8,200x a bet. There isn’t a wealth of things going on in Pink Elephants, but it is worth exploring your options. Random mystery scatters can trigger the main bonus, while stacked elephants can help you land tasty wins.

Once the bonus kicks into gear, you can collect Elephant Orbs. These can be used to fill up meters. Once a meter is packed, that particular symbol will transform into an elephant icon for the duration of Pink Elephant’s free spin round and trigger additional spins.

It’s not the most attractive bonus feature to be found in a slot, but decent winnings are unquestionably available in this bonus round. Players who like what they see may wish to try the more extensive Pink Elephants 2 slot available at the same casinos hosting this title.

Thunderkick’s Beat the Beast series is one of the most successful in the slot world! With four titles, including Kraken’s Lair, Griffin’s Gold, Mighty Sphinx, and Quetzalcoatl’s Trial, the franchise focuses on mythical beasts in much the same way that Playtech’s Age of Gods series focuses on ancient deities. Most games are highly volatile but affordable to play, with stakes costing an average of 0.10 up to 100.00 a pop, while prizes typically linger around the 5,000x to 20,000x a bet mark. 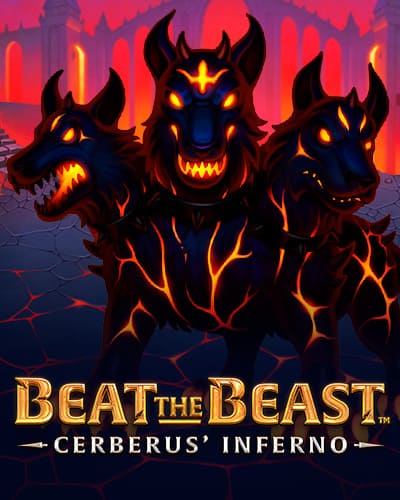 A Series Offering You Plenty of Alternatives

Each of the Beat the Beast slots has a slightly different makeup in terms of features and bonuses, while most offer the same payline structures. For instance, all offer a free spin bonus with multipliers woven in. The 5-reel, 9-line Quetzalcoatl’s Trial supports a five-tier free spin bonus round, while Griffin’s Gold utilizes Roaming Wilds (Walking Wilds) and multipliers in its free spin bonus. Multipliers could be worth up to 125x in this game’s bonus.

Mighty Sphinx has mystery features aplenty, and during the free spin bonus round, random wilds can be upgraded to bolster your chances of landing a tasty win the feature.

By contrast, Kraken’s Lair (arguably the most popular game in the series) makes full use of expanding wilds during its free spin bonus round. All the main games in the franchise have a decent RTP rate of more than 96%, and you can usually find all the games at the same casino. The company’s slogan is “We are Thunderkick, and we make games”. And they certainly live up to that promise with their innovative and exciting slot games. No doubt we will see more thrilling games coming from the creative studio of Thunderkick soon.