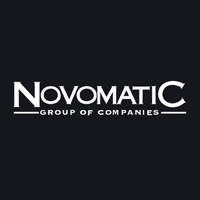 Novomatic is a leading supplier of iGaming entertainment worldwide. The Austrian company operates in over 50 countries and has offices worldwide. They own and operate off and online casinos and gambling arcades, reaching across the globe from Peru to Russia and from the UK to Australia, while creating thrilling slots and table games is the core of Novomatic’s DNA.

It all started in 1980 with their signature Admiral gaming machines, a name that is still omnipresent today. Rapid expansion in the following years took them beyond their headquarters’ borders in scenic Austria, introducing their gaming cabinets to a worldwide audience.

By 1991, Novomatic had representations in over 30 countries, heavily aided by the Iron Curtain’s fall. Today, the Novomatic Group is one of the world’s largest gaming technology suppliers. Because of the tremendous expansion of online and especially mobile casino gaming, Novomatic decided to focus away from land-based casinos and devote more of its attention and resources to online casinos. They even went so far as to create their own casino brands under Admiral and StarVegas, which became household names across many European countries, including Italy, Croatia, Hungary, Slovakia, Germany, Switzerland, and others.

In 2019, the company announced that it would be exiting the online live casino business after a brief venture into the space under the name Extreme Live Gaming. The number of online casinos that offer Novomatic’s Greentube slots and table games has also increased significantly, much to the delight of their large fan base, which is making the transition from land-based to online casino gambling.

There are many great online casinos in Europe that offer Novomatic slots, but they’re not available at Curacao-licensed European casinos.

In most cases, players can find all Novomatic online slots and play them for real money at casino sites in the following countries:

Casinos in these countries are of the highest calibre. They are all fully licenced and use the most up-to-date encryption software, DDoS protection, and SSL certificates available on the market:

It’s worth noting that the best casinos to play Novomatic online slot also offer a wide variety of games from other popular slot game developers and providers in Europe, such as NetEnt, Microgaming, Thunderkick, and Yggdrasil Gaming.

The most iconic Novomatic slot machines date back to the pre-online era. Book of Ra™, Lord of the Ocean™, Lucky Lady’s Charm™, and Dolphin’s Pearl™ were all released in the first decade of the century – years before Novomatic entered the online casino market. In fact, they arrived very late on the scene, namely in 2010, when they turned Greentube into their interactive arm.

Greentube has since signed responsibility for launching their digital platform, distributing Novomatic slots at first to a small number of handpicked online casino operators only. Reportedly, the main reason was to protect their land-based casinos from losing revenue due to punters playing the games from the comfort of their homes.

Among the most well-known and top-rated Novomatic slots are Lucky Lady’s Charm, Dolphins Pearl, and Book of Ra Deluxe. See details below.

Lucky Lady’s Charm is a luck-themed slot from Novomatic. It features golden coins, rabbit feet, ladybirds, horseshoes, and Lady Luck herself. Like older Novomatic entries, this original version has just 10 lines spread over its five reels, but a deluxe edition serves up ten lines. Bets are as cheap as chips on Lucky Lady’s Charm, while the game has a top RTP rate of 95.13%, far more than what other slots from this provider can dish out. Even though Lucky Lady’s Charm isn’t brimming over with features, there is enough here to keep players entertained. You’ve got a wild symbol that can replace all barring symbols except the scatters (Crystal Balls). These Crystal Balls or orbuculums can trigger the same bonus rounds as you’d expect to see in Dolphin’s Pearl and a few other Novomatic online slots.

In short, you’ve got wild symbols that can double the amount you can win. A free spin bonus feature that awards 15 free games, with anything you win tripled. The 15 free spins can be triggered (see video).

Ultimately, what you see is what you get with this Novomatic slot. Lucky Lady’s Charm won’t rock your world as some Nolimit City slots might, but it can boost your bank balance.

Novomatic likes to upgrade its more successful slots, and Dolphin’s Pearl: Deluxe is a remastered and improved version of its original. The game offers five reels and ten lines alongside its aquatic theme, with stakes ranging from 0.10 to 100.00 if you want to play with all the active pay lines. With prizes surfacing at up to 2,700x a bet, and a modest RTP rate of 95.13%, Dolphin’s Pearl: Deluxe is worth a closer look. Hardly a Deep Game but A Prosperous One All the Same

Like quite a few Novomatic slots, Dolphin’s Pearl Deluxe scores highly when it comes to volatility. However, there are goodies to be had in the depths of this no-frills slot. Dolphin wilds, for instance, can dish out epic wins when they start floating around.

The dolphin wilds come with a Wild Multiplier feature attached. Any win featuring wilds will be given a 2x multiplier to boost the amount you can win. This won’t happen with jackpot wins, but you’re golden for all the rest.

Pearl scatters trigger up to fifteen free games. In this round, anything you win is automatically met with a 3x multiplier. This is how you will find yourself nabbing the top jackpot via wilds. You can also retrigger the free spin bonus, giving you another bite at the cherry if you don’t pocket sizeable wins the first time around.

Book of Ra may look simplistic (and it is compared to the myriad of other ancient Egyptian-themed slots out there), but you shouldn’t underestimate the legacy of this game. Novomatic Book of Ra™ was one of the first “book slots”, and it has spawned an entire genre of games since its debut. The deluxe edition has 10 pay-lines over five reels here. Playing the game can cost as little as 0.02 up to 45.00 EUR a spin, and prizes can reach a dizzy 5,000x your total bet per spin. The Game That Spawned the Book Slot Genre

Virtually all the “book slots” that you can find today owe their existence to Novomatic’s Book of Ra™. Nobody imagined such a simplistic slow would catch on like wildfire. Book of Ra isn’t brimming over with features, but those it does have are clever and prosperous.

First up, there are scatters (wilds) in the shape of the titular book. By combining the role of scatters and wild symbols in one, Book of Ra cuts down on the number of so-called junk symbols that can appear and wreck a winning combo. On top of that, they can be used to trigger a free spin bonus.

One symbol will be chosen randomly during Book of Ra’s free spin round. This can then expand to cover an entire reel (or reels) when it appears.

What are the best Novomatic Slots?

What is the best Novomatic Casino?

We have played at all the casinos listed and on our site, so we recommend CasinoEuro because of their reputation, high-value welcome bonus and fast payouts.

You can contact their main office in Austria by calling +43 2252 606 0 or emailing support@novomatic.com, and they will respond as soon as possible. Novomatic is a trusted, well-known name in i-gaming software development, so if you’re looking for an exciting new slot game, then be sure you look out for the Novomatic logo when browsing through any casino list.