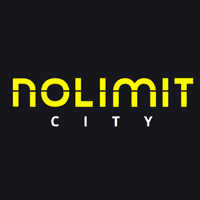 Nolimit as in unlimited fun and entertainment on thrilling slot reel rides, boundless creativity and innovation in-game mechanics and graphics. Nolimit, as in stretching our imagination past the usual boundaries for random and bonus features. The list could be endless when describing the motivation and enthusiasm driving the young team of a Swedish game developer – Nolimit City. For discerning online casino enthusiasts seeking the quintessential gaming experience, the best sites to play NoLimit City slots are those that offer a vast and diverse selection of both classic and new slot titles from this renowned iGaming company. Many Europe-based online casinos pride themselves on providing players with seamless access to these in-demand slots, enabling them to effortlessly indulge in their preferred games while also exploring new and exciting options. Here are some of the top casinos that offer NoLimit City slots, accompanied by a curated list of the most popular and trending games currently featured on their respective sites.

Nolimit City’s Deadwood, Golden Genie, and El Paso Gunfight slots are among our most favoured titles. Below, you will also discover a curated selection of their most renowned and popular slots and newly-released titles that may pique your interest.

With a plethora of Wild West-themed slots available for players to indulge in, No Limit City’s Deadwood stands out as one of the most authentic and superior offerings in the market. A 5-reel, 576 ways-to-win game, Deadwood players can reap the benefits of xNudge Wilds, Shoot Out free spin features, and more.

With a flexible wagering range of 0.20 to 100.00 EUR per spin, a return-to-player rate that ranges between 96.02-96.03% and 94.14-94.15% depending on the casino operator, and a grand prize worth a staggering 13,950x a bet, this game is undoubtedly worth a gamble for fans of this genre. Additionally, a buy-a-bonus feature is available to players in selected countries, adding an extra layer of excitement to the gameplay.

Deadwood Offers a Six-Shooter of Bonuses

Deadwood comes packing six impressive bonus modes. Firstly, there is an xNudge Wild in the form of a bounty hunter. This can nudge down the reels, boosting multipliers as it goes. The Shoot Out mode sees low-paying symbols become wilds. There are also three spin bonus rounds to make use of in this game.

In the first of this slot’s trio of free spin treats (Gunslinger Spins), the xNudge Wild is present on every spin. The Hunter Spins bonus offers eight spins (like the Gunslinger round), but an unlimited win multiplier will boost your prizes this time.

Finally, there is the Shoot Out Free Spins mode. There are three ways to trigger this. Once activated, Deadwood offers you ten free spins in one of the two free spin modes listed above. The difference here is that sheriff badges act as locked symbols, triggering the Shoot-Out feature listed above on every spin.

Golden Genie and the Walking Wild

Golden Genie and the Walking Wilds is a No Limit City developed slot that is as transparent as its title suggests. The game is steeped in the enchanting theme of a genie and features the innovative Walking Wilds feature, but it also boasts an impressive twenty pay lines spanning its five reels. Players can indulge in the mystical journey with stakes ranging from a modest 0.20 to an opulent 100.00 EUR per spin, with the potential to win a top prize worth a staggering 9,500x their bet.

Similar to the hit game Deadwood, the return-to-player (RTP) setting on Golden Genie can range between an optimal 96.03% and a more modest 94.11%.

Rub the Lamp and See What Comes Out

Plenty of conventional and thematic symbols deliver basic wins, but it is the genie that you want to land in Golden Genie and the Walking Wilds. This is a scatter wild and triggers the main bonus in the slot, the Genie Parade. Here, you’ll get to play with free spins, where one genie on each spin will transform into a gleaming golden genie. He will then wander across the wheels, increasing wild multipliers as he goes. Once a genie disappears, his multiplier will be passed over to the next genie, potentially resulting in massive multipliers and staggering payouts.

In addition to the Genie Parade, this slot also boasts two other engaging features: the Genie Wishes and Genie Lamps. The former sees the triggering Aladdin and lamp symbols become wilds with a random wild multiplier stretching from 2x up to 10x applied, offering players the chance to strike it big. The Genie Lamps modifier offers stacked wilds on the second and fourth reels, along with a Pays Both Ways mechanism, which improves your chances of landing wins and hitting the jackpot.

The El Paso Gunfight slot is our 3rd favourite, one of several other xNudge slots from No Limit City. Quite a few of these games tend to have a Wild West theme, and El Paso Gunfight isn’t much different there. The game is loosely based on the Four Dead in Five Seconds gunfight (a real, historical event) and is played over five reels. You’ll get to choose your volatility level here, and each adjusts the RTP rate. Stakes range from 0.25 up to 50.00 EUR, and prizes are capped at 44,440x a bet.

Choose Your Volatility and RTP

El Paso Gunfight offers players the unique opportunity to tailor their gameplay experience by selecting their desired level of volatility and return-to-player rate, which directly impacts the reels and the number of ways to win. Opt for the 4-3-3-3-2 setup to engage in a highly volatile game with an impressive 96.06% RTP, or challenge yourself with the extremely high volatility 2-3-3-3-4 configuration boasting an RTP of 94.24%.

Aside from the customizable volatility and RTP rates, the game features remain consistent across all configurations. The xNudge wild slot feature is present, allowing players to stack wilds fully and nudge them down the reels for increased chances at winning. The game also includes the exciting Deputy and Marshall Raid modes, where low and high-paying symbols can be converted into one symbol, respectively, increasing the potential for substantial payouts.

El Paso Gunfight also features Gunfight Spins, with eight spins available, featuring Jumping Wilds that hop from reel to reel and 2x multipliers applied to winnings. Players also have the opportunity to win extra spins and upgrades, which can be used to engage in special free spin modes with added bonuses such as sticky xNudge Wilds, locked wilds, re-spins and more. This game offers a truly immersive and customizable experience for players looking for a high-stakes, action-packed adventure.

List of Classic and New Online Slots by Nolimit City

What are the best Nolimit City slots?

Our opinion on the matter is that you should try Punk Rocker or Deadwood because they use a modern and original theme. However, you can go with Tombstone, Dragon Tribe or Space Arcade if you prefer the more classic approach.

What is the most volatile Nolimit City slot?

San Quentin xWays by Nolimit City has a 150,000x max win potential. You can expect long sessions without hitting anything decent when playing this slot due to its high volatility, so keep that in mind!

What are the most played Nolimit City slots?

Punk Rocker, Tombstone, and Monkey’s Gold are some of the top Nolimit City slots. They have a good balance of being popular with players without being too volatile.

Established in the Swedish capital of Stockholm in 2013, Nolimit City has rapidly established itself as one of the leading online casino game providers. The company boasts its own proprietary modular software platform, comprising a comprehensive back-office management system, promotional tools, and seamless game integration. Adhering to a philosophy of quality over quantity, Nolimit City releases a select few slot games annually, each of which is meticulously crafted with an unwavering commitment to detail and excellence. It took the company almost two years from its inception to make its debut in the online casino realm with the launch of Space Arcade, a 3×3 format slot game.

As the years progressed, Nolimit City’s reputation grew with the release of critically acclaimed games such as WiXX and Hot Nudge, but it was with the introduction of their proprietary xNudge and xWay mechanics in the games Tombstone and Dragon Tribe that the company truly made its mark. These revolutionary mechanics were later incorporated into the wildly popular Punk Rocker slot, which was released in February 2020 and quickly rose to the top of the charts.

Overall, the future looks bright for this independent slot developer with a steadfast commitment to quality and innovation.