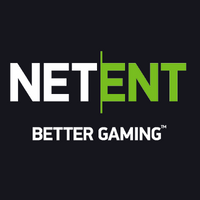 NetEnt, the world’s leading supplier of online casino games, was founded in 1996 by industry veteran and pioneer Pontus Lindwall. Today, NetEnt is part of the world’s largest live dealer game provider, Evolution Gaming, which acquired NetEnt for €1.8bn in late 2020.

The company operates out of Stockholm while it has offices and works with partners globally to ensure its games are distributed on all major platforms and jurisdictions around the world.

You can play any of their classic or new slots by visiting the best NetEnt casinos on this page without having to download any software for real money or try them out for free in a demo. Classic and new NetEnt slots can be played for real money at any of the top European casinos online, just like those from other software providers. However, the best casinos to play NetEnt slots are at their close partners’ sites, such as Betsson, Betsafe, or CasinoEuro. These casino sites are generally fully licenced and regulated by the Malta Gaming Authority (MGA), the United Kingdom Gambling Commission (UKGC), or the Swedish Gambling Authority, ensuring that players receive the best service possible.

For over 20 years, the company has been designing games and is dedicated to creating new and exciting content for online casino players in Europe and all over the world. They prioritise producing top-quality content that balances entertainment value with long-term potential. Some of the top NetEnt slot titles are as follows:

NetEnt also has a wide range of high-quality Irish slots, including Irish Pot Luck and Golden Shamrock. However, despite the fact that there are many great games to choose from in the NetEnt catalogue, some of them stand out due to their higher popularity among players, game design, and overall entertainment value.

The following is a list of some of our favourite NetEnt slots, along with some key information about each title, such as its theme, RTP, number of paylines, and so on. Check them out!

The sequel to the epic Dead or Alive slot from NetEnt was released in March 2019 and has since topped the charts for the largest wins on non-progressive slot machines. The game has a maximum potential to pay 111,111 times your bet in a single free spins round and has actually delivered it quite a few times since its launch. The game has a 5×3 reel set with nine fixed pay lines, featuring wild substitutions as well as three types of free spins:

Each of the bonus features offers 12 free spins when a minimum of three scatters land in one spin.

Train Heist comes with a progressive multiplier that starts at x1 and will increase by x1 every time a wild symbol lands on a free spin. Plus, it will award +1 free spin on each occasion. Get to an x16 multiplier and receive five extra free spins.

Old School Saloon features an x2 win multiplier and sticky wilds. Any wild symbol landing will stay in place until the end of the round. Get one wild on each reel to receive once +5 extra free spins.

High Noon Saloon is where the genuinely huge wins are scored as the sticky wilds come now with multipliers. Two on a reel will multiply by x2 and three by x3. More than one wild symbol on a pay line is multiplied by each other, which can lead to a maximum multiplier of 243 times.

Now available to play as a MegaWays game, the original Divine Fortune slot debuted in 2017 as one of NetEnt’s online progressive jackpot titles. Its theme is lost somewhere between Greek mythology and a fantasy world, but none of that impacts the gameplay in this five-reel, twenty-line slot, especially when it boasts a tasty jackpot prize. Pegasus wilds will help you acquire wins in the game, but these basic wilds become a lot more exciting once you start triggering the bonus rounds. Four features are up for grabs! The first is a Falling Wilds Re-Spin round, which sees wilds shift down the reels on each new re-spin. Keep landing wilds, and the bonus goes ever on.

At the same time, overlaying wilds can appear and expand to cover entire reels in a Wild-on-Wild mode. Naturally, you’ll get re-spins to boot. A free spin round has also been included, and that requires scatters to trigger it. Once activated, you’ll get up to twelve spins, with the two aforementioned features active.

The icing on the cake in Divine Fortune is the promise of that progressive jackpot prize. Three more gold coin symbols are required to get you halfway there. Once the bonus begins, you’ll get a series of re-spins to try and fill one, two or three rows with gold coins and land the Minor, Major or Mega Jackpot prizes, respectively, in this NetEnt classic.

It is hard to believe that NetEnt launched Gonzo’s Quest way back in 2011, and it continues to be a significant hit today and has even recently been reimagined as a MegaWays slot. One of the first proper mobile slots to launch, Gonzo’s Quest is a five-reel, twenty-line game that one could argue made cascading reel features popular. It can be spun for as little as 0.20 EUR a turn and supports a non-progressive jackpot and RTP of 37,500x a bet and 95.97%, respectively. A Legendary Game That Keeps on Giving

Similar to IGT’s Tumbling Reels mechanic from Da Vinci Diamonds, Gonzo’s Quest’s main feature is the Free Falls mode. On each spin, blocks fall onto the reels. If they feature in a win, they will be removed, with new blocks (symbols) dropping in to fill the gaps. Each time this happens, a multiplier will rise and be added to whatever you win.

To help you accomplish this, Gonzo’s Quest utilises a golden block as a wild, and it can substitute for any symbols barring the question mark scatter. Yes, Gonzo’s Quest is basic (even by 2011 standards), but its quality and entertainment value continue to impress.

Launched in time for Christmas 2014, The Invisible Man was released when NetEnt was producing an array of Universal monster-themed games. This game is based on the 1933 film, and its cartoony graphics highlight that. The Invisible Man runs at 96.3% RTP and comes packed with features, which helps this basic 5-reel, 20-line (Both Ways Pay) slot stand out for the better. Spinning its reels costs a paltry 0.20 (up to 100.00 EUR), but prizes worth a thousand times your stake and the medium variance gameplay impress. It’s What You Do See That Counts

Two wilds add gloss to this release, with policeman wilds showing on the first reel and Griffin wilds appearing on the fifth. NetEnt has pinched the Walking Wilds mechanic from their Jack and the Beanstalk slot for this slot game, and you shouldn’t mind that one bit. The two wilds can walk in opposite directions across the reels, triggering re-spins as they do so.

Should Griffin and the copper meet in the middle, they’ll lock horns, triggering a free spin round – no scatters are required. Now you can collect each wild, and once one of the character bars is full, you’ll be taken their respective bonus round.

The Police Spins bonus gives you three spins with random Burning Wilds. By contrast, Griffin’s Rage allows you to check out three locations to snap up multipliers in a simple click-and-win feature. Ultimately, it is these features that help the game stand out.

Note: The RTP figures listed on this page may differ between casinos.

Over the years, NetEnt has earned numerous awards, including: