Launched in 2012 and headquartered in Prague, Endorphina today is one of the leading B2B software developers providing its services to some of the most successful online casino gaming operators in the European iGaming industry. The company is registered and regulated under the laws of Malta, a member state of the European Union.

Endorphina’s online casino games portfolio contains over 100 innovative slot titles representing its ability to stand out from the ever-growing crowd. Endorphina’s slots run at 96 RTP settings and have modern graphics, original music, and a set of great features meaning that both novice and professional players alike can appreciate them.

However, playing their slots isn’t like spinning some low-variance online slot machines. Endorphina’s games are pretty tough to beat! However, you can quickly turn a small game session into a highly profitable one if you hit that Big Win.

Endorphina slots are usually available at the majority of the European online casino sites that use Softswiss software.

Best Online Slots by Endorphina to Try Out

No doubt that all casino players in Europe have heard of the best and also very first slots developed by Endorphina – Minotaurus, Voodoo, Diamond Vapor, Satoshi’s Secret, Twerk, etc. There’s a reason why everyone liked them – they have simple rules but a lot of winning opportunities, addictive gameplay and features with big payouts – what more can you ask for?

However, all of these slots are now considered old-school, and Endorphina has been working hard to improve its games by adding new mechanics and features and bringing something new to the online casino world. See the details table below.

Any of the listed slots can be played on traditional real money and crypto accepting casino sites using digital currencies.

Here are our top 3 favourite slots by Endorphina.

There are plenty of “book slots” out there, but while most focus on ancient Egypt, Endorphina has chosen to go in another direction – oil. Book of Oil utilises the same five-reel, a ten-line setup that most book slots offer and is playable for 0.10 up to 100.00 a spin, and its liberal use of scatters wilds and expanding symbols mirrors those features found in rival sites. However, this game’s RTP of 96.05% and non-progressive jackpot make it a touch different from its counterparts. The special features found in this Endorphina slot aren’t much different from what we’d see in many games with similar book slot mechanics. There is a scatter wild in this release, taking on the jobs of both symbols and appearing in the form of the titular Book of Oil. This emblem can replace all standard paying symbols and trigger the game’s principle bonus mode.

Once triggered, Book of Oil’s free spin round affords you a total of ten free games. During those spins, one symbol is selected at random to appear as an expanding icon. Every time it can be used to form a winning combo, it will cover an entire reel.

You can also opt to use a gamble mode, but this only gives you a 50% chance of success at best. Instead, we’d recommend the Bonus Pop Buy option, as this lets you start the bonus round immediately with an expanding symbol. This does cost extra, though.

Minotaurus is an Endorphina slot. Don’t be confused if you see the slot listed as “Mivώtavρos”. This is the same game, only displayed in Ancient Greek. That is rather fitting, considering that the game we’re looking at is loosely themed on the legendary Minoan Minotaur of Knossos. The five-reel, ten-line slot costs as little as 0.01 (per line) to play, and with a spot of luck, you could end up walking away with a non-progressive prize worth 1,000x a bet. While Minotaurus is a wonderfully thematic and exciting game to play, there isn’t much in the way of special features.

Keep your eyes peeled for Minotaur symbols. These can trigger a re-spin round, and they will double up as wild symbols. You’ll continue to pocket re-spins until you land a win. You can also nab multipliers here, some of which can rise as high as 1,000x. No free spin bonus round has been included.

The Minotaur Round is the only other bonus you should expect to see, but this amounts to a simple double or quits gamble feature that can be triggered following any winning spins. Minotaurus is one of those high-variance online slot games where the onus really is on you to land the best paying symbol combos you can on the reels. You won’t get out of jail free cards such as free spins, instant wins, and bonuses in this tricky but likeable slot release.

Rooster Fury was unveiled in June 2021 by Endorphina. As you might guess, this five-reel, the five-line slot offers farmyard fun but in a comedic, entertaining way. Stakes cost as little as 0.05 (rising to no higher than 50.00) a turn, while a 96% RTP rate ensures fair play. Prizes are a touch on the light side here, but the medium to low variance engine ensures that wins do occur frequently enough to satisfy most players. Do Battle with Rooster Fury’s Features!

Like most games, Rooster Fury comes with a free spin bonus, and as you may expect, you’ll need at least three scatters to trigger that round. Notably, wild symbols do not appear in this Endorphina slot.

The Fights Between the Roosters mode sees a rooster randomly selected for you. The rooster will then go head-to-head (or beak-to-beak) with other roosters over six fights. Rewards include cash multipliers, all the while, the free spin bonus round is in play. Each “round” the rooster makes it to will see magnified cash prizes. However, if your rooster gets his keister kicked, then the bonus ends. Each “fight” consists of five rounds or spins, and you add another three rounds to the fight by landing additional scatters.

Like most Endorphina slots, there is a gamble mode woven into Rooster Fury, too. However, this doesn’t bring much to the table, so we can easily overlook it in favour of the far more exciting and thematic free spin and rooster fight rounds.

Endorphina, as previously mentioned, collaborates closely with Softswiss, so all of their online slots are naturally available to play for free or for real money at casino sites that use this platform. See below some of the top sites for Endorphina slots (Bitstarz, Winz, N1 Casino).

Endorphina is one of the online casino game providers that continues to delight players with new releases. Following the latest trends, they’ve introduced a new functionality within the games – The buy Bonus Feature. In addition, the company is constantly expanding its geographical reach and establishing mutually beneficial relationships with partners. 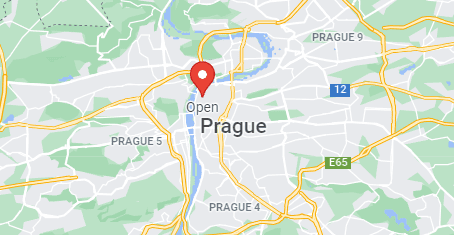 What are the best Endorphina slots?

Generally, Endorphina is well-known for its oldest slot titles, such as Minotaurus, Voodoo, Satoshi’s Secret, Twerk, Geisha, Urartu, Durga, Diamond Vapour and others. Thus, we consider these slots the best.

Endorphina’s games can be enjoyed by players from most countries in Europe. However, in the UK, they are not available. Other countries and territories where Endorphina slots are available include Asia, Latin America and Canada.